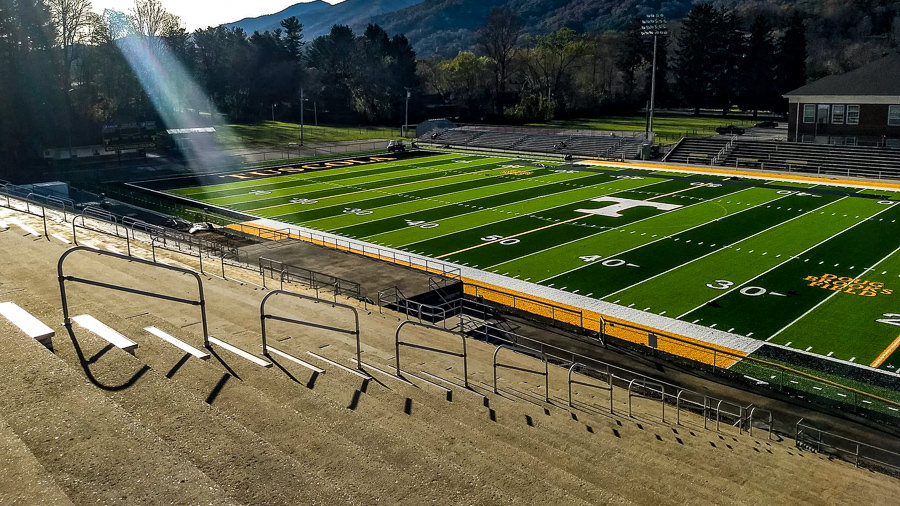 The need for a stadium was born out of a Chamber of Commerce meeting in the mid 1930?s with the high school athletic association in which a proposal was discussed on putting fencing around the school's athletic field in order to collect paid admission.

Work began on a WPA project to build the stadium at the Waynesville Township High School in November 1935. The project cost approximately $8000 and was completed by a crew of 15 men. Concrete and native rock were used to build the grandstand and dressing facilities for the teams. (This grandstand is currently the visitor side of the stadium.)

The stadium was dedicated on September 18, 1936 prior to a game vs Sylva, which the Mountaineers won, 14-7.