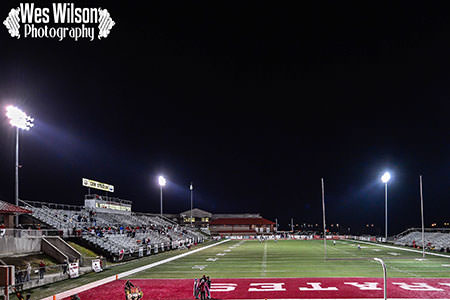 Opened in 2005 along with the rest of the new campus of Belfry High School, CAM Stadium replaced the old Vipperman Stadium located at the former high school's location. In 2011, the field was dedicated as 'Haywood Field' in honor of the current Head Coach, Philip Haywood who is the all-time winningest coach in KHSAA History. Belfry has captured State Titles in Class 2A (2003,2004) and Class 3A (2013) and is known for being one of the most intimidating venues in eastern Kentucky. The Pirates have won more than 130 games and had less than 10 losses at home since the inaugural season at CAM Stadium in 2005.